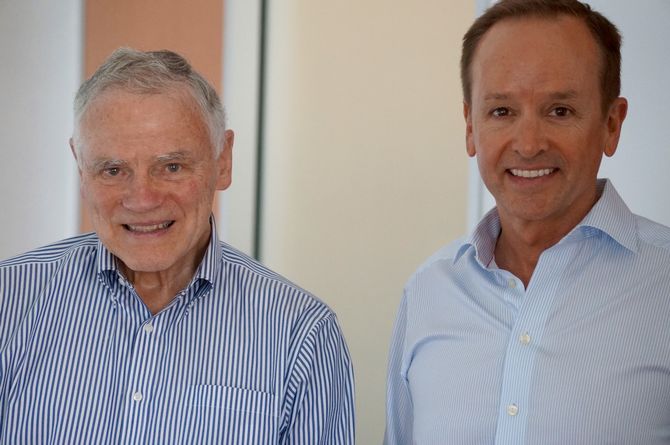 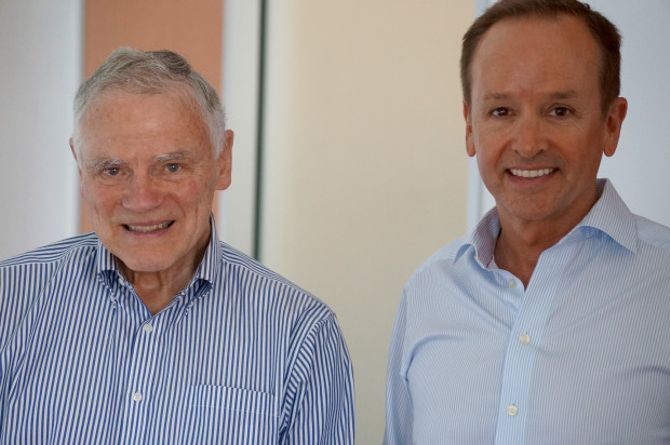 Arivale, the genetic testing and personal health coaching startup co-founded by genomics pioneer Leroy “Lee” Hood, shut down unexpectedly Wednesday — bringing an abrupt end to its ambitions to transform the lives of Americans through a new field that Hood dubbed “scientific wellness.”

All of the Seattle-based company’s approximately 120 employees were let go as of noon today, Arivale CEO Clayton Lewis confirmed in an interview. Arivale raised more than $50 million over its lifetime. The company offered ongoing wellness and nutritional coaching tailored to the results of each person’s genetic, blood and microbiome tests.

The decision was a surprise to many Arivale employees and customers. In a message to Arivale customers this afternoon, the Seattle-based company attributed the decision to “the simple fact that the cost of providing the service exceeds what our customers can pay for it.”

The message added, “We believe the costs of collecting the genetic, blood and microbiome assays that form the foundation of the program will eventually decline to a point where the program can be delivered to consumers cost-effectively. However, we are unable to continue to operate at a loss until that time arrives.”

Lewis told GeekWire that the high cost of acquiring customers also played a role in the decision.

“What is tragic on so many levels is that we were not successful in going out and convincing consumers that you could optimize your wellness and avoid disease with a little bit data and some changes in your lifestyle — that there’s not a market for that product that I believe in passionately,” Lewis said. “And that’s what we were trying to do.”

About 5,000 people took part in the Arivale program over the lifetime of the company, and Lewis said he is “incredibly proud” of the results. The program launched at a cost of $3,500 per year, but the price had dropped to the point where most customers were paying $99 per month for the flagship Arivale program, Lewis said. 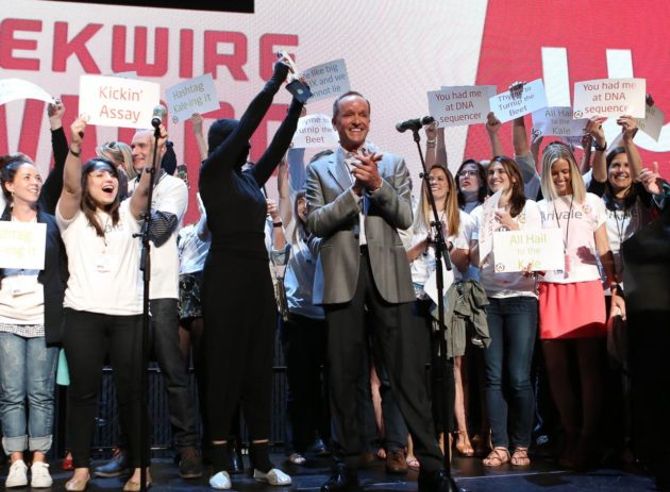 CEO Clayton Lewis and members of the Arivale team accept the GeekWire Award for Startup of the Year in 2016. (GeekWire File Photo)

The larger personal wellness industry includes heavyweights such as 23andMe, a genetic testing startup valued at more than $1 billion, and smaller players including EverlyWell, which raised a $50 million round last week, and Viome, the microbiome company led by Naveen Jain that just raised investment from Salesforce CEO Marc Benioff.

Global Wellness Institute estimates that the preventative and personalized medicine and public health industry is worth $575 billion.

Some of Arivale’s underlying work will continue at the Institute for Systems Biology (ISB), the not-for-profit biomedical research organization co-founded by Hood, where the ideas that led to Arivale were originally developed. ISB is now part of Providence St. Joseph Health, where Hood is chief science officer. Clayton said ISB is expected to hire some of the employees let go by Arivale as part of its closure. He declined to disclose details of the severance offered to employees, but said the same package was provided to all executives and employees.

Its scientific advisory board included George Church, a professor at Harvard and MIT; James Heath, president of Institute of Systems Biology; and Ed Lazowska, computer science professor at the University of Washington.

“Lee Hood sees the future with unmatched clarity,” said Lazowska, an early participant in the Arivale program. “A clear view, however, does not always imply a short path. Scientific wellness, as pioneered by Arivale, will be a foundation of 21st century medicine. But not right now. Right now, the cost of providing the service (the tests, the coaching) exceeds what people are willing to pay. Those costs will fall in time, and Arivale’s model and Arivale’s discoveries will see another day.”

Lewis said he has come to the believe that Arivale was about a decade too early.

Hood, who led the Caltech team that pioneered the automated DNA sequencer, said in a 2015 interview with GeekWire that Arivale was “the opening shot in a whole new industry called scientific wellness, and it really stands a chance of being the Google or Microsoft of this whole arena.”

GeekWire chief business officer Daniel Rossi was a longtime customer of the program, and we chronicled his early experience with Arivale in series of articles in 2017.

Here’s the text of the message sent to Arivale customers earlier today, a version of which was also posted to the Arivale website.

We are very sorry to inform you that, effective immediately, Arivale can no longer provide our program to you and our other customers. This letter explains why we are ending the consumer program and answers the questions you are likely to have about the process.

Our decision to terminate the program today comes despite the fact that customer engagement and satisfaction with the program is high and the clinical health markers of many customers have improved significantly. Our decision to cease operations is attributable to the simple fact that the cost of providing the program exceeds what our customers can pay for it. We believe the costs of collecting the genetic, blood and microbiome assays that form the foundation of the program will eventually decline to a point where the program can be delivered to consumers cost-effectively. Regrettably, we are unable to continue to operate at a loss until that time arrives; in other words, we have concluded that it is simply too early for a direct-to-consumer scientific wellness offering to be viable.

We founded Arivale with the vision of making personalized, data-driven, preventive coaching a new wellness paradigm in the United States. Since its launch in 2015, the results of the Arivale program have been remarkable. To cite but one example, our scientific paper describing the improvements seen in multiple health markers in ~2500 participants was recently accepted for publication in the journal Scientific Reports.

While our direct-to-consumer model isn’t yet sustainable, we know that the Arivale program improved the lives of our customers and showed great scientific merit. We are proud of everyone at Arivale for their dedication and devotion to our mission and grateful to you and all of our other customers for joining us on this journey. Together, our efforts have launched a new paradigm—scientific or quantitative wellness—which, we are confident will become a major component of 21st century medicine.

« Previous LEGO Braille bricks are the best, nicest and, in retrospect, most obvious idea ever
Next » Despite a down quarter, Tesla is planning new products — including car insurance